Zatun, a multi-award-winning game studio, released its latest title Down and Out on 14 December 2021. Down and Out is a VR open-world fighting game with a fresh, new combat system, bringing a much-needed twist to the classic brawler genre and now it supports additional headsets.

“We take pleasure in announcing that the steam version of Down and Out now supports additional headsets like HTC as well,” reads the official statement.

Down and Out will transport the player to the seedy underbelly of the big city, as they live out the life of a homeless person motivated by the promise of money and status.

Get ready for an immersive experience of surviving on the city streets to prove yourself like the toughest and meanest! Fight, make money and become the king of the streets!

Down and Out bold visuals are inspired by both gritty realism and catchy comic book art, brought to through VR. Play your way through a deeply immersive and highly interactive recreation of a big city, whether you follow the story or partake in the side quests, bonus activities, and minigames. Every corner you turn has the promise of finding something new! 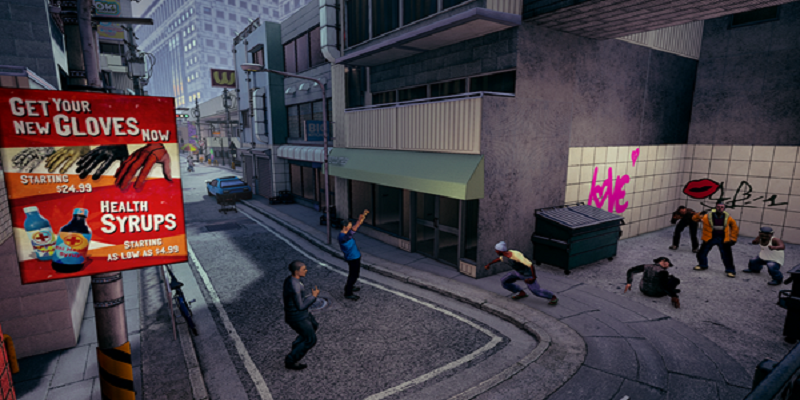 Experience a combat system like never before, using VR technology to flesh out a combat system that is easy to learn, but challenging to master. Built for both newcomers and veterans to the fighting genre, Down and Out will pit players against distinct enemy types with their own fighting styles, and an AI that adapts to their techniques as they play, keeping the game fresh and challenging at all times.

Discover the open city of Down and Out, brought to life by the game’s unique blend of freestyle combat and exploration. Choose how to play as you roam freely, or do quests and reap their rewards in money and reputation!

Down and Out will show you a side of the urban city life you’ve never seen. Discover the survivors of the dark side of city life, as their struggle- and yours- is told through Down and Out.

Down and Out is available for purchase on Steam and Oculus Rift S for $14.99! The steam version supports additional VR headsets like HTC. The Quest Version and PSVR (PlayStation VR) version will be released in early 2022.